We all know that LED lights are replacing traditional ‘lamps’ (the official word for a light bulb) because they are more energy efficient. But do they do what we need them to do for us?

In essence, there are 4 important things to know about an LED lamp:

Yes, LED lamps are excellent in regards to the electrical wattage being used. The comparison in wattage is amazing: a 100 watt incandescent translates to a 12 watt LED lamp. So we save lots of dollars over the course of the year in electrical usage.

But being picky about the color of the lamp is really important. Manufacturers have come up with a 2700k (the k is for the Kelvin scale of color temperature) that tries to replicate the traditional “yellow-ness” of a typical incandescent lamp. And that’s what you will get when you just pick up lamps in any hardware store. But be wary: those 2700k lamps over time get too yellow!

I think the way LED lamps are made is pretty cool. In a very simple version, lots of those tiny diode lights (those are the little dots of lights) are produced in wide and very long sheets or rolls. The ones in the center of those sheets are right on target with the color they are produced in, say 2700k versus 3500k. But those diodes on the sides and the very edges of the sheets aren’t so accurate. There are a lot of imported lamps that are inexpensive because they come from the edges of the sheets. They may start out close to 2700k but over time they will shift and get warmer or yellow as they go on.

My recommendation is to go for 3000k whenever possible from a quality manufacturer (Target sells a GE lamp that is 2950k that is still warm but doesn’t scream Yellow.) Generally I specifiy 3000k in most interiors. It is crisp and clean without being too yellow (warm) or too cold (blue.) Homes, offices, rehabilitation centers all benefit from that clean color.

Now, let me say this about lumens. Look for as high a lumen number as you can get. Lumens are really the brightness of the lamp. The higher the lumen, the brighter the lamp will be. And if you have dimmer switches, then you’ll be able to make your space quieter or brighter depending on what your mood is.

Lastly, be aware: when you’re replacing a standard lamp with an LED lamp, if it is a fully enclosed fixture, you must get LED lamps that say For Fully Enclosed Fixtures. This is because if it’s not, the driver (the electrical part that feeds the light) will burn out. I had a terrible time on a project because the lamps were burning out in 3 months. We would all expect our new LED lamps to last longer than 3 months. We’re used to getting years out of fluorescents, so why shouldn’t we expect that? Well, the LED technology is fussier than fluorescent lights, and let’s face it, it’s still a relatively new technology that is being mass produced and they’re working on getting it right.

So if that’s not enough, don’t forget about those wonderful Edison lights you are seeing all over. They replicate the early century of Thomas Edison lamps that have the filament of an incandescent glow. They have wonderful atmosphere and the very yellow light they give off are part of their charm!

I’m including the chart below for your reference and I welcome any questions you may have. I will be talking about the future of lighting types and shapes in upcoming blogs so come back to check in. In the meantime, Shine Brightly!! 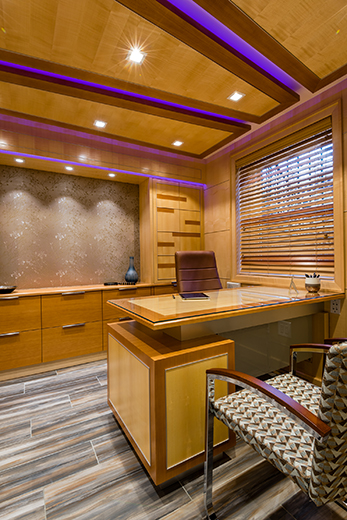 About the Author: Elizabeth S. Vaughan